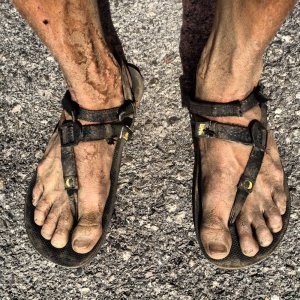 For 2,000 years the ascension of Jesus has been the subject of countless paintings and church murals, so it may be surprising how little is actually said about it in the scriptures. Only Luke tells in his gospel that Jesus “was carried up into heaven” (Luke 24:50-53) and, in the Acts of the Apostles, that “a cloud took him out of [the disciples’] sight” (Acts 1:6-11). That’s all; none of our other gospels mention it.

The story of the ascension is not about what happened to Jesus after his resurrection; it’s a story of what happened to the church. It’s not about the end of Jesus’ ministry and his translation into heaven; it’s about the new incarnation of the Spirit of God on earth and the beginning of the church’s ministry in the world. And the church’s ministry in the world is where we need to focus if we’re to appreciate what the ascension is about.

The ascension story in Acts includes a question that “two men in white robes,” presumably angels, asked of the disciples as they were gazing upward to where the cloud had taken Jesus out of sight. It’s a critically important question. “Men of Galilee, why do you stand looking up toward heaven?” It’s a question similar to the one “two men in dazzling clothes” – were they the same two men? – asked of the women at the empty tomb, “Why do you look for the living among the dead?” (Luke 24:5). Why do we look to the past or to the future to find what we’re standing knee-deep in already?

Our vision inclines to the future. In the words of an old hymn, we think, “When we all get to heaven, / what a day of rejoicing that will be! / When we all see Jesus / we’ll sing and shout the victory” (“When We All Get to Heaven,” E.E. Hewitt, 1898). We look ahead to a golden future in another life, when life will finally be as it was meant to be. We look up toward heaven, where Jesus went and where we hope to join him one day.

But why? The ascension story is only a tiny hinge in Luke’s big story. It gets Jesus out of the way so the mantle of ministry can be passed from him to the new incarnation, to the church, to the body of Christ today (1 Cor. 12:27). And the question in that story – Why do you stand looking up toward heaven? – is designed to get us out of the clouds and back down to earth, where our ministry as the new body of Christ is to be found.

There’s a story of a small fish that approached a much larger fish and said, “Excuse me. You are much older and wiser than I. Where can I find this thing they call The Ocean?” The big fish replied, “O, the ocean is what you’re swimming in now.” “O this?” the little fish said, “this is only water. I’m looking for The Ocean.” And he swam off to continue his search.

Thomas Carlyle, the nineteenth-century British essayist and historian, wrote, “Our grand business is not to see what lies dimly at a distance, but to do what lies clearly at hand.” This life is not a dress rehearsal; it’s not preparation for the real life we will live tomorrow or the life we expect to have after death. This is where God has placed us to do the work of God in the world today, to be the salt that makes of this world an acceptable offering to God (Matt. 5:13; Lev. 2:11-13).

Lower your vision. Stand still, and from where you stand, look around you. There is the answer to your question. There is the work God has given you to do.

Tags: ascension, Ascension of Christ, body of Christ, heaven, Incarnation, life after death, ministry, salvation, Thomas Carlyle, when we get to heaven

← On seeing the risen Christ
To listen for the silken sound →