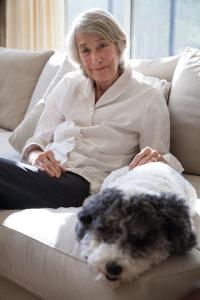 National Poetry Month, Day 15  //  It’s a curious paradox. As the number of my days reaches fullness and the number of those to come dwindles, I grow less concerned with preparing for what may come after this life and more concerned with what remains on this side of the divide. The question of the season is the classic one: not whether there’s life after death but whether there’s life before death. As poet William Ross Wallace observed, “Every man dies – Not every man really lives.”

Before it is a season of decline, the autumn of life is a season of bounty. The decline can’t be avoided, but whether I harvest the bounty is a choice I make, a choice of where I will give my attention. In the words of Mary Oliver, when death comes, “I don’t want to end up simply having visited this world.”

to buy me, and snaps the purse shut;
when death comes
like the measle-pox;

when death comes
like an iceberg between the shoulder blades,

I want to step through the door full of curiosity, wondering:
what is it going to be like, that cottage of darkness?

And therefore I look upon everything
as a brotherhood and a sisterhood,
and I look upon time as no more than an idea,
and I consider eternity as another possibility,

and I think of each life as a flower, as common
as a field daisy, and as singular,

and each name a comfortable music in the mouth,
tending, as all music does, toward silence,
and each body a lion of courage, and something
precious to the earth.

When it’s over, I want to say: all my life
I was a bride married to amazement.
I was the bridegroom, taking the world into my arms.

When it’s over, I don’t want to wonder
if I have made of my life something particular, and real.
I don’t want to find myself sighing and frightened,
or full of argument.

I don’t want to end up simply having visited this world.