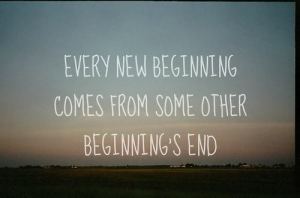 Today is Pentecost, a day we sometimes celebrate as the birthday of the church, but the church could have been born on any day, and it still might be. It’s a day in Luke’s account of things when a new incarnation of God appeared, and the Spirit of God that was once alive in the person of Jesus became alive again in the whole body of Jesus’ followers.

Luke tells the story in the version we know best, when on the Day of Pentecost, fifty days after Easter, the Spirit of God came, like fire, upon all of Jesus’ followers in a house in Jerusalem, along with about 3,000 others from all over the place (Acts 2:1-41). John tells of the same event but places it earlier, on the first Easter evening, when an apparently smaller group of disciples was huddled in fear behind locked doors, and the risen Christ appeared and gave them the Holy Spirit (John 20:19-23).

Matthew had no need to tell that story because the Spirit of God incarnate had no need to be given again to the disciples. It never left them. “Remember,” the risen Christ told them before his departure, “I am with you always” (Matt. 28:20). And for Paul, the Spirit of God could be given not once to the whole church but anytime to anyone as each person came into a transforming relationship with Christ (2 Cor. 5:17).

It happened that way once to a nameless high-level government official from Ethiopia as he was returning home from Jerusalem (Acts 8:26-40). Philip, as he was leaving his ministry in Samaria, caught up with him on the road, led him in some Bible study, and baptized him in some roadside water. All we know about what followed is that the Ethiopian went on his way rejoicing, presumably returning to his home a different man than when he left. And Philip suddenly found himself at the port city of Azotus, where he continued his ministry until he reached Caesarea, after which we know virtually nothing else about him.

Luke leaves out all the really interesting details, like the inner struggle Philip may have undergone before leaving what may have been a pretty good and successful ministry, or like the doubts he may have had about whether this was the right move at the right time, or his vacillation between going and staying.

Was it an angel of the Lord who told him to go, or a bishop? Or did he have plans to retire? Did he hear it as a call from God to a place where he clearly felt he needed to be, or did he wear out his welcome in Samaria and get out of town just in time, a wilderness road seeming the better place to be until he figured out what to do next? Did he go with ambivalence, wondering if the call was real, whether he had made the right decision? None of that gets into the story, but surely some of it was there.

Luke not only tidies up the details of what led Philip to this brief encounter; he also cleans up the details of what follows. After the Ethiopian had been baptized, “the Spirit of the Lord snatched Philip away [and] the Ethiopian saw him no more” (v. 39). Two journeys intersected on a road in the wilderness; two people met just long enough for God’s purpose to be accomplished, and not a minute longer; then their two paths diverged and they parted company, never to meet again.

At least one of them, the Ethiopian, had his life changed, and he went on his way rejoicing at what had happened in that brief encounter. But what happened between his baptism and his rejoicing? Did he say goodbye to Philip so easily, or did he try to cajole him into staying a little longer, enough longer that he might get more from Philip: more insight, more guidance, more practical help for the journey ahead? Did he shed tears at the parting? Was he angry at Philip for suddenly coming into his life, opening a door of hope, and then quickly leaving? Again, Luke leaves out all those interesting details.

Frankly, I wish Luke had told us more. It might help me deal better with this brief encounter we’ve had at North Rose, with what led our journeys to intersect, and with how I seem to be suddenly snatched away. Like Philip perhaps, I confess to feeling some ambivalence about this move. I’m pretty sure it’s the right one, but I leave with some regret. Like the Ethiopian, perhaps, you and I have been expecting more, wanting more, and the loss of that something more weighs heavily on me today.

I’m also aware that I don’t know God’s ways and that God’s timing is always mysterious to me. I’m blind to what lies ahead. I’m also aware that the darkest passages can lead toward the fulfillment of God’s promise and that, though unseen, God leads us through even times like this (Ps. 77:16-20). Much has been given us during our time together, blessings we won’t discover until later, probably much later.

Do I know this move is right? I believe so, and I trust that the God who was in the intersecting of our journeys is also in our parting; that what God designed would happen in our meeting has happened; and that through the grace of that same God, just as there is a time to weep there will also be a time to laugh (Eccles. 3:4), and that we, too, all of us, will be able to go on our way rejoicing.

But how has God blessed our time together? I’d like to have some details, and so might you. Both of us, you and I, might begin to name some of them, but I don’t want to rush the naming. There’s danger in forcing a butterfly out of its cocoon prematurely, and there’s danger in rushing to name the blessings. We might mistake some or all of them. It’s hard to tell the difference between weeds and wheat in the beginning; you have to wait until the harvest to sort them out. It’s better, I think, to let them germinate in their own time. But there is one deep blessing I have received while among you and that I can name now, and it’s a blessing you might continue to share with each other and with your next pastor after I’m gone.

In Margaret Craven’s short novel, I Heard the Owl Call My Name, the newly ordained young priest Mark Brian is sent by his bishop to a small parish on the coast of British Columbia to learn about life among the Native Canadians in the little village of Kingcome. Near the end of the story, as the bishop is leaving following a short visit, he has a conversation with Mark on the boat.

“Always when I leave the village,” the bishop said slowly, “I try to define what it means to me, why it sends me back to the world refreshed and confident. Always I fail. It is so simple, it is difficult. When I try to put it into words, it comes out one of the unctuous, over-pious platitudes at which bishops are expected to excel.”

“But when I reach here and see the great scar where the inlet side shows its bones, for a moment I know.”

“That for me it has always been easier here, where only the fundamentals count, to learn what every man must learn in this world.”

“Enough of the meaning of life to be ready to die,” and the bishop motioned Mark to start the motor, and they went on.

It’s difficult for me to put into words what I’ve learned among you, here in this little village of North Rose, but it’s something akin to what the bishop learned, enough of the meaning of life to be ready to die. That’s the extraordinary gift you are living every day in this little place where the fundamentals count more clearly than in any other parish I’ve served. It’s a gift that sends me back to the world refreshed and confident, to embrace whatever life may bring me next.

← You are witnesses
So I praise what comes →