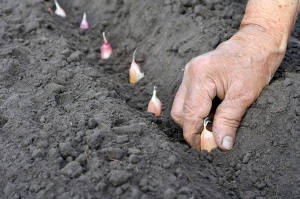 Isn’t that what we all are inclined to do? When we experience life at its best, don’t we sometimes wish we could go back there and pick up where we left off? When everything about life feels just about right, when everything falls into place and we get the feeling that we’re pretty close to what life was meant to be, and then we lose it, don’t we sometimes look back and wish we could go there again, or at least recreate the experience once more? Sure we do.

Maybe you recall the first love of your life, the one that seemed so good, so right, before your paths led in different ways. Do you sometimes wonder if it was as real as it seemed at the time, and do you sometimes want to go back there again, just to find out? Perhaps there were other moments when life seemed about as good as it gets – at a Scout camp, perhaps, or a church retreat, or when job and family came together in just the right way. Maybe it was when the children were at that age when life and everything in the world seemed so very special. Wouldn’t you sometimes like to go back there and reclaim not all of it perhaps but the best of it?

If you haven’t felt that way yet, you may one day, maybe when the delicate balance of life is upset, and the dream shatters and collapses around you. Maybe it will be when your health fails, and you remember the vigor of youth, and you’d like to go back and get just a taste of it again. Maybe it will be like it was for those women, when you stand at a graveside and realize how huge a part of your life has ended.

That’s when those women at the tomb heard the question, “Why do you look for the living among the dead” (Luke 24:7)? No matter how good it was or seemed to be at the time, there is no life in what was. The living is not to be found among the dead. The essence of life does not fade away into the dark recesses of the past. It goes ahead of us to wait for us in the future, maybe even in the very next moment.

E.B. White remembered a time near the end of his wife’s life when on a certain day in the autumn of the year she would lay out the spring bulb garden.

Armed with a diagram and a clipboard, Katharine would get into a shabby old Brooks raincoat much too long for her, put on a little round wool hat, pull on a pair of overshoes, and proceed to the director’s chair – a folding canvas thing – that had been placed for her at the edge of the plot. There she would sit, hour after hour, in the wind and the weather, while Henry Allen produced dozens of brown paper packages of new bulbs and a basketful of old ones, ready for the intricate interment. As the years went by and age overtook her, there was something comical yet touching in her bedraggled appearance on this awesome occasion – the small, hunched-over figure, her studied absorption in the implausible notion that there would be yet another spring, oblivious to the ending of her own days, which she knew perfectly well was near at hand, sitting there with her detailed chart under those dark skies in the dying October, calmly plotting the resurrection.

Why do we look for life among the dead? It is not there; it is risen. It is risen into the future and opens the future to all of us. It makes the best of our memories live in our highest hopes for the future. It affirms that the joy of our first love was real, that in those moments when life seemed just about right, it was just about right and was there for us. It affirms that in those times when everything in life seemed so very special, that wasn’t our imagination. It was special, there was grace about it, and we came that close to touching the face of God. And it affirms that those things are not lost to us!

They do not lie in yesterday’s tomb. They have arisen and go before us into tomorrow. It’s not that we had those things and lost them; it’s that we had a foretaste of them and will have them again in all their fullness. So we can put on our shabby raincoat, and we can sit at the edge of the plot and watch someone else plant the bulbs we’re no longer able to plant ourselves. And though we can be perfectly aware that the end of our own days is near, we can still look to the future with hope, calmly plotting the resurrection.