The reason for the season 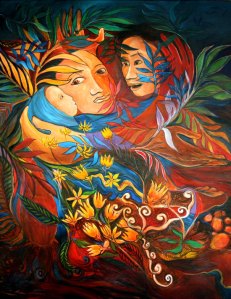 There’s talk these days about a war on Christmas, and some of the most notable combatants include Pope Francis and president-elect Donald Trump. The pope deserves our serious attention; he’s earned it by lucidly restating the essence of the life and teachings of Jesus in today’s idiom. Trump, on the other hand, judging from everything he has said, appears to have no clue what Christmas is about, but that hasn’t stopped him from jumping into the fray.

Lest I seem too hard on poor Donald, most of the rest of our society seems to have little or no clue what Christmas is about either, judging from what goes on in the public and private arenas. Looking at the way we mark Christmas today, even the church deserves the hit it has taken from younger generations, a hit well articulated in recent years in books like David Kinnaman’s Unchristian: What a New Generation Really Thinks about Christianity, and Why It Matters.

The battle over Christmas is not new, of course. Years ago someone tried to gain an edge for the Christian side by reminding us that Jesus is “the reason for the season,” implying that all the other things society does this time of year – office parties, overspending on gifts and self-indulgences, running ourselves ragged, you know the rest – are not the reason. The slogan is catchy but ineffective, and the war continues.

It’s ineffective, I think, because Jesus is not the reason for the season. Jesus brought a message about the reason. As any good messenger would, he deserves our serious attention, but he doesn’t deserve to be the center of our attention. It’s the message that’s central, not the messenger. When the messenger becomes the center of our focus, especially when that messenger is presented as a cute infant (who can resist it?), we’re apt to lose the message.

The reason for the season is not Jesus; it’s what God was doing in Jesus, through Jesus. That’s what deserves to be the center of our attention during these days around Christmas and through the rest of the year, too. One of the earliest statements of what God was doing comes from St. Paul, written in the mid 50s, around twenty years after Jesus died: “In Christ God was reconciling the world to himself, not counting their trespasses against them, and entrusting the message of reconciliation to us” (2 Cor. 5:19). Reconciliation, not Jesus, is the reason for the season and the heart of the Christmas message.

Jesus expressed it differently but it was the same work. In the early 70s, after the failed Jewish war with Rome, Mark’s community understood Jesus’ message to have been about the nearness of what they knew as the “kingdom of God,” and everything else he did took second place at best (Mark 1:14-15, 32-39). A full generation or longer after that, John’s community understood that the work God was doing in Jesus was bringing us abundant life (John 10:10), or as Eugene Peterson paraphrased it, “more and better life than [we] ever dreamed of” (The Message).

The “more” life than we have now, the life that God was offering though Jesus, I think, is the life that’s all around us but that we choose to ignore, or resist, or reject outright. To help us do that, we label it “bad” or “dark” or even “evil,” anything that helps us build a wall between it and us. We do the same with people. We label their differences from us with labels that help us distance ourselves from them and perpetuate the estrangement. The consequence is that we live fractured lives and hardly ever recognize that those pieces of life are pieces of a puzzle that God is reassembling through the work of reconciliation, the work of Christmas.

Many people know Rainer Maria Rilke’s words about the dark parts of our lives, the shadows and demons that inhabit our world and our psyches: “[P]erhaps all the dragons of our lives are princesses who are only waiting to see us once beautiful and brave. Perhaps everything terrible is in its deepest being something helpless that wants help from us” (Letters to a Young Poet).

The experiences in life we try to avoid, the people we fear, are not fearsome in themselves. They are fearsome because of our broken perceptions of them, because of the stories we tell about them, because of the labels we attach to them. When we become beautiful and brave, when we recognize their helplessness and offer the help we have to give – in other words, when we love them – they are transformed, and we see them as parts of life that are necessary to us if we are to have true wholeness, the more and better life than we ever dreamed of that this Christmas season celebrates.