Lord, teach us to pray 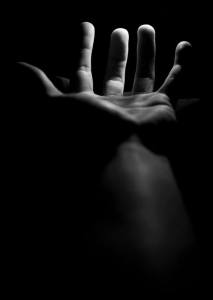 Just after the shootings in Orlando, Bishop Mark Webb called us to prayer. He didn’t need to do that; surely we’ve been praying hard. Like the proverbial widow at the door of the unjust judge, we’ve knocked on God’s door till our knuckles bleed, and the shootings continue. The challenge, I think, is not to pray but to pray effectively, in the spirit of Jesus, in a way that will make a difference with God.

When the social and political order of their nation collapsed and they were held captive to strange forces in unfamiliar territory, Israel asked a question that could be our question: Why do we fast, O God, but you don’t see; why humble ourselves, but you don’t notice (Isa. 58:3)? Why does our religious practice seem so ineffective? Before we answer another call to prayer, even one from our bishop, we need to consider what kind of prayer might actually be effective.

During their exile in Babylon and again under Roman occupation, two great eras of national calamity, Israel certainly prayed. They tried to be faithful in their religious observances. They developed a political party that made it their cause to keep God at the center of the nation’s life. And God was aware of their efforts. “Day after day they seek me and delight to know my ways. They ask of me righteous judgments, they love to come close to me (Isa. 58:3 paraphrased).

Five centuries years later, Israel was praying again. Their nation had been conquered and occupied by a foreign military power. Their historic faith was being diluted by the introduction of other faiths. They were longing for a messiah, a popular leader who would make their nation great again. And their prayer seemed ineffective, the practice of their faith seemed futile, all their hopes remained unfulfilled.

Jesus’ disciples knew something was missing from what they were doing, and they saw something different in Jesus and his prayer, so they asked him, “Lord, teach us to pray” (Luke 11:1). And he did. By his words and in his manner of living, Jesus embodied basic principles of prayer that I believe are still effective in situations like we face today in our nation and in our world. There’s a lot more to say about prayer, but I want to start with two principles that I believe are at the heart of prayer in the spirit of Jesus, prayer that will be noticed by God.

First, prayer in the spirit of Jesus leads us from concern for ourselves to concern for the entire human community. Several years ago a little prayer from the Hebrew scriptures made the rounds in the form of a very popular book, The Prayer of Jabez. In an obscure passage, Jabez, who is mentioned nowhere else, offers this prayer: “Oh that you would bless me and enlarge my border, and that your hand might be with me, and that you would keep me from hurt and harm” (1 Chron. 4:10). In a single verse, in a prayer of three brief petitions, Jabez uses the word “me” or “my” four times. The prayer of Jabez is completely about himself, completely self-centered, and completely contrary to the prayer of Jesus.

The prayer of Jesus, on the other hand (Luke 11:2-4), is completely other-centered, completely focused outward in the reign of God. Our Father . . . your name . . . your kingdom . . . give us . . . forgive us as we forgive others. Matthew’s version adds a petition about rescuing us from the evil one (Matt. 6:13). When we pray in the spirit of Jesus, we don’t forget our own needs; we recognize that the satisfaction of our needs is inseparably tied up with the satisfaction of the needs of others. There is no healing for ourselves apart from the healing of every other one of the human community. There is no restoring our nation without restoring every nation. When we pray in the spirit of Jesus, there is absolutely no place for building a wall, any kind of wall, that protects us from anyone else.

God had an answer to Israel’s complaint about unanswered prayer. If you want your prayer to be answered, God said, work to correct the injustice and oppression in how you live with others; tear down the social and political walls that separate you from others; and dismantle the economic systems that build wealth for a privileged few on the backs of the underprivileged many who live in poverty. If you do that, God says, then your prayers will be heard. You will cry for help, and God will say: Here I am (Isa. 58:3-9).

Second, prayer in the spirit of Jesus leads us into Samaria. When we decide to follow Jesus, our journey will take us not only into the wilderness, as I discussed last week. Jesus will also lead us through Samaria. For Jesus, Samaria was beyond the boundaries of his homeland, foreign territory that good, observant Jews tried to avoid lest they be contaminated. But it’s a place where Jesus’ travels took him. And it’s the place where he had that famous meeting with the woman at Jacob’s well and discovered an abundant harvest for God’s kingdom (John 4:1-42, esp. v. 35).

For us, Samaria is the world of people whose ways are different from ours and therefore threatening to our worldview, but it’s a world where we purposely venture because there we will find an abundant harvest of God’s reign on earth. Prayer in the spirit of Jesus carries us outside familiar territory, to a place in the spiritual journey where we are vulnerable, defenseless, and insecure. To paraphrase something one of my colleagues wrote about faith, prayer is not having, it’s searching; prayer is not knowing, it’s asking; prayer is not having arrived, it’s knocking on the door.

In fact, the word “prayer” comes from the Latin word precarius, almost exactly the same as our word “precarious”: a condition characterized by a lack of security or stability that threatens with danger; depending on the will or pleasure of another. To pray is to surrender our control and security and open ourselves to radical vulnerability to the God of Isaiah, who forms light and creates darkness, who makes weal and creates woe (Isa. 45:6). When we pray in the spirit of Jesus, we surrender everything we hold dear, including our hopes for the results of prayer, and surrender ourselves completely to what God holds dear, even if it means the end of the life we have known.

Prayer is risky business, and it’s not for the faint-of-heart. Prayer is for those who can stand living without an answer to their prayers but who are willing to be God’s answer to the prayer of others. ▪

← The journey is our home
The power of the positive →