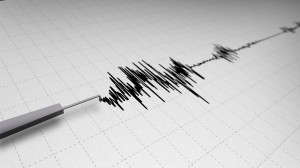 Two earthquakes of human suffering have captured our attention. First, there was one in Nepal. Numbers are rising from first reports of more than 2,000 killed, to estimates of 5,000 or more, to some thought that the final count of the dead could top 10,000. And how many injured? bereaved? homeless? The question is not, “Where is God in this?” The meaningful question, is “Where are you and I?” “What can I do?” “How can I help?”

Then there was the seismic shudder as a generations-long suffering erupted in Baltimore, and with it, more questions. Many of those questions are very different in Baltimore than in Kathmandu. But we who claim the name “Christian,” who have taken on the yoke of Christ and taken up the message of reconciliation (2 Cor. 5:19), start with the same questions, I think, that followed the earthquake in Nepal: not “Where is God?” but “Where are you and I?” “What can I do?” “How can I help?”

An immediate response can be very helpful, and that’s to write a check. Money is already flowing toward Nepal through the United Methodist Committee on Relief, and already we’re making a difference there. Working with our partners, we already have a team of relief workers on the ground. Last weekend alone, we helped distribute tarps, hygiene kits, and food to about 400 families in Kathmandu, and we began providing emergency shelter, water, and sanitation materials. Because of the help we and our sister congregations provide, a lot more help is on the way.

Although the reasons for it are quite different in Baltimore, the same kind of help is going to be needed for immediate aid, recovery, and rebuilding. And like Methodists always are, we’ll be there in Baltimore, too. I expect we’ll hear a lot more about this in the days and weeks ahead.

There’s something else all of us can do even if we can’t go there personally and don’t have money to offer. We can be witnesses of what’s happening. “You are witnesses of these things,” Jesus said to his followers, referring to all that happened in his death and resurrection (Luke 24:48). In Kathmandu and Baltimore, and in countless other places, including Buffalo and Amherst and our own neighborhoods and schools and workplaces, we can be witnesses to death and resurrection.

By being witnesses, I don’t mean being passive, objective observers (“Did you see that video clip on the news last night?”). I mean being deeply present to what happens, giving it all of our attention in the moment, and opening our minds and hearts – especially our hearts – so we risk being touched and moved and changed by what happens. So we do more than observe someone else’s suffering and allow ourselves to suffer with someone else. That’s what compassion means, you know: to suffer with.

And if we are truly compassionate, if allow ourselves to be drawn so close to someone that their suffering becomes recognized as our suffering, we might respond differently, more effectively, in ways that make great healing possible even amid great anguish. We might not have the perfect solution to offer, but we might have the right questions that lead to life. We might be able, with compassion, to share questions that lead us to each other as sisters and brothers, as branches of the same vine.

For example, following the earthquake in Nepal, we might ask questions that lead to improvements in construction technologies in the developing world, technologies that might reduce the risk of earthquake damage. (Those questions, by the way, were already being discussed when the quake occurred.)

Or following the riots in Baltimore, we might open ourselves to explore deeper questions, like those Martin Luther King, Jr., pointed toward in his 1968 speech, “The Other America”:

But it is not enough for me to stand before you tonight and condemn riots. It would be morally irresponsible for me to do that without, at the same time, condemning the contingent, intolerable conditions that exist in our society. These conditions are the things that cause individuals to feel that they have no other alternative than to engage in violent rebellions to get attention. And I must say tonight that a riot is the language of the unheard.1

In the aftermath of the Baltimore riots, if we are to really hear and effectively alleviate the causes of those riots, we might ask questions like: Why does the destruction of property earn round-the-clock news coverage and public outrage while the generations-long simmering of causes remains barely discussed? Or why, between 1968 and 2011, were Blacks shot and killed by cops at more than four times the rate of Whites? (The number comes from the National Vital Statistics System of the Centers for Disease Control and Prevention.)

However we respond to the tragedies in Nepal and Baltimore, we cannot afford to let our wrestling and questions begin and end with the most recent headlines or the latest news cycle. Our attention must be deeper and longer lasting. It must grow out of a sense of our common humanity, an awareness that, in God’s reconciling love for everyone without exception, we are all one flesh, one family, branches of the same vine of life. We need to live in constant awareness, in the words of Walt Whitman, “That in the Divine Ship, the World, breasting Time and Space, / all Peoples of the globe together sail, sail the same voyage, are bound for the same destination.”2

← The stranger among us
Chosen and sent →