God is everywhere for everyone 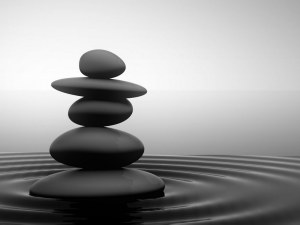 The best laid schemes of mice and men, poet Robert Burns observed, often go astray.1 It’s a truth I remembered as I started thinking, as I do every year after Christmas, about the canticle of Simeon, who had waited a lifetime for the Messiah and who was there when an eight-day-old Jesus was presented at the temple. The words of Simeon’s great song of joy slipped away and left me with something greater.

Simeon, the scriptures tell us, “was a righteous man and very devout. He was filled with the Holy Spirit, and he eagerly expected the Messiah to come and rescue Israel” (Luke 2:25 NLT). When he finally saw Jesus, he was eloquent. “Lord, now I can die in peace!” he said. “As you promised me, I have seen the Savior you have given to all people. He is a light to reveal God to the nations, and he is the glory of your people Israel” (Luke 2:29-32)!

Before I could get into the eloquence of that song, something else took hold of me. A few verses earlier in Luke’s account, there’s a comment that seldom has a place in the story we tell of shepherds and angels and wise men and celestial pyrotechnics. But it’s a note in the story that won’t let me go.

Just after the shepherds arrive at the manger and tell the story of the angelic announcement that astonishes everyone, Luke writes that “Mary treasured all these words and pondered them in her heart” (Luke 2:19). Of all the responses to the birth of Jesus – the heady terror of the shepherds; the extravagant generosity of the wise men; the collusion of Herod and his politicos; the song of Simeon and the prophecy of Anna – Mary’s contemplative silence is the response that draws me most.

Throw a dead fish into a room full of preachers, it’s been said, and they’ll interpret the event for the next six hours. If that’s what we’ll do with a dead fish, just look at what we’ve done with the birth of Jesus! The greater the number of years in which I celebrate Christmas, the greater my need not to interpret or explain it but simply to treasure it and ponder it in my heart in contemplation’s perfect silence.

It was in the silent contemplation of Christmas that author, theologian, dean of the chapel at Howard  and Boston universities, and civil rights leader Howard Thurman heard his prophetic definition of the Christian vocation and the words of his poem, “The Work of Christmas.”

When the song of the angels is stilled,

When the star in the sky is gone,

When the kings and princes are home,

When the shepherds are back with their flock,

The work of Christmas begins:

To find the lost,

To heal the broken,

To feed the hungry,

To release the prisoner,

To rebuild the nations,

To bring peace among brothers,

To make music in the heart.2

In our responses to Christmas, silence comes before everything else. Silence is the still emptiness out of which something new is always born, the simplicity that brings us closest to the heart of creation. Before the first creative energy of the cosmos was expressed, there was silence, a dark and formless void that covered the face of the deep (Gen. 1:1-2).

Most people can’t stand being alone in silence for very long. A recent study at the University of Virginia found that two-thirds of all men and 25% of all women would rather endure an unpleasant electric shock than be alone in silence for even fifteen minutes. But without regular, appropriate amounts of silence in which to treasure and ponder in our hearts our experiences of the holy, I think we end up always reacting to life and seldom if ever responding authentically as partners in God’s continuing creation. I know that’s true for me.

Take some time during the days remaining in Christmas to sit in silence with the sacred story of Incarnation, maybe simply a phrase or a single word, and ponder it in your heart. Ponder how the Spirit of God is taking form in your own flesh today. Don’t try to speak of it too soon; just sit with it in silence. I’ll do the same. We all may hear things we’ve never heard before.

← God is here for us
Your light has come →