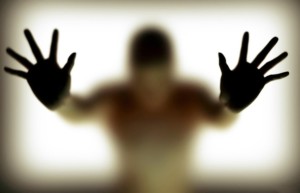 If a little faith will move mountains (Matt. 17:20), what will great faith do? Will it transform the world? Will it change the mind of Jesus? “Jesus Christ is the same yesterday and today and forever,” the scriptures tell us (Heb. 13:8). The scriptures appear to be wrong. Great faith, it seems, can change the mind of Jesus, as you can see in the experience of one nameless woman who didn’t even share his faith.

When Peter, one of Jesus’ closest disciples, tried unsuccessfully to walk on the water, Jesus called him a person “of little faith” (Matt. 14:31). Now in his encounter with a total stranger who came out of nowhere, Jesus praises the greatness of her faith.

The first person whose faith amazed Jesus was a centurion, an officer in the Roman army that occupied and would later crush Israel. “Truly I tell you,” Jesus said, “in no one in Israel have I found such faith” (Matt. 8:10). And what the soldier requested, Jesus gave: the healing of his servant. Nowhere, even among the most faithful of God’s chosen people, had Jesus found faith as great.

Now, he is amazed at the faith of a Canaanite woman – a Canaanite, a Gentile, someone to whom he wasn’t supposed to give even the time of day. “Woman,” he said, “great is your faith!” How embarrassing for Peter – and all the disciples, really – that Jesus would set up such a stark contrast between Peter’s little faith and the great faith of a nameless outsider. It makes me wonder what he might think of my faith.

When this Canaanite woman approached him, Jesus thought God had sent him “only to the lost sheep of the house of Israel” (v. 24), only to his fellow Jews. If you’re not a Jew, he thought, God help you, for I won’t. Oh, there was that episode with the Roman centurion (Matt. 8:5-13). Even so, he told his disciples to stay away from Gentiles and to carry his message only to Jews (Matt. 10:5-6).

So when the woman approached him to beg for healing for her daughter, Jesus at first tried to ignore her; then the disciples tried to get rid of her; and when that didn’t work, Jesus tried to explain why he wouldn’t help her. “I was sent only to my own people,” he said; “I won’t be bothered with people who are not like me, who don’t share my background, my tradition, my values, my loyalties” (v. 26).

But she persisted, she pestered and prodded and maybe even provoked him, until her great faith finally got through to him and he found his own faith enlarged. He began to imagine God’s mercy for all people, even those who were considered left out and left behind. “Woman,” he said, “great is your faith! Let it be done for you as you wish” (v. 28). And her daughter was made whole. By the end of Matthew’s gospel, he sends his disciples not only to Jews but to all nations, to everyone without exception (Matt. 28:19).

Here Jesus finally began to see that in the healing, reconciling work of God, nobody is left out. And he began to embody the truth Walt Whitman expressed, “That in the Divine Ship, the World, breasting Time and Space, / All Peoples of the globe together sail, sail the same voyage, are bound for the same destination.”1 It appears to be the great faith of this rude, impertinent, pushy foreigner that opened his eyes and his heart.

In Korea, people will stand in line for three hours in the freezing cold for the privilege of attending one of four morning worship services at a Presbyterian church. Someone saw over a hundred baptized in a river in Africa, some of whom had walked over twenty miles through the bush for the privilege. The only food they received to sustain them on the walk back home was the bread and wine of their first Eucharist.2

Members of a mission team from Mozambique – one of the world’s poorest countries and one with the greatest density of land mines – who visited my congregation in Vermont would stop on the village streets and break into song to share their faith with any passing stranger who would listen.

When do you get so hungry for the wholeness Christ offers that you regularly invite a handful of people into your home for Bible study? When do you become so desperate for healing, for yourself or someone close to you, that you gather a small group around the kitchen table once a week for intercessory prayer? When do you get so passionate to share the gospel with others that you learn to know your neighbors well enough to know where they need the good news in their lives? Are you growing a faith so great it will even change Jesus?

Those are good questions, for me as well as for you. But the questions at the heart of the story of the Canaanite woman are harder to ask because they call for a different kind of self-examination. When will our presence as Christians in this community become so compelling a force that the least, the last, and the lost will come begging to have what we have to offer? What needs to be transformed in our relationship with the community around us so that we stop sending away those who might seem most disruptive to our status quo but whom God is trying to reach through us?

That pushy, tenacious, determined Gentile woman saw in Jesus the life her daughter so desperately needed, and in reaching for it she would let nothing stand in her way. What do we let stand in the way of our offering healing and wholeness to those around us, and why do we let it? And are we willing to change Jesus to offer it?