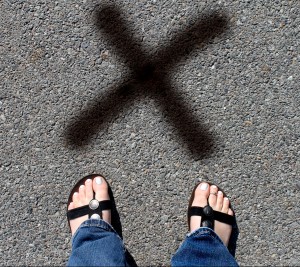 July 25 was a life-changing day for Jack London. On that day in 1897 he set off for the Klondike Gold Rush. Gold had been found a year earlier, but it took a while for news to reach the United States. Almost as soon as it did, 100,000 men, including London – and, I assume, some women – dropped everything and headed north.

It was a life-changing day for London, not because he acquired any gold as a result. What he mainly acquired was scurvy so bad he needed to return home for medical attention. But though he never made any money in the rush for gold, he made a name for himself as a writer, turning his Klondike adventures into several short stories, one of which became his novel, The Call of the Wild. It made him suddenly famous and established his career as a writer.

Although I never joined a gold rush, I have been on my own kind of treasure hunt. And, like it did for Jack London, my hunt has produced false starts, failures, and some unexpectedly good results. After graduating from college I set off on a career search that led to several dead ends and redirections: skip tracer for a collection agency; EMT for an ambulance company; radio announcer; commercial printing rep; surgical technician; graduate student in art history; designer and producer of books; parish pastor.

Along the way, the treasure I was seeking – the perfect job, the ample salary, the perfect church – always eluded me. But in the process I discovered another treasure that wanted to be found, one that almost seemed to be seeking me. It’s one I would give my life to acquire completely, like wealth I would connive to obtain, like a priceless pearl I’d sell everything else to own (Matt. 13:44-45). “Real and eternal life,” is the way Jesus describes that treasure in John’s gospel, “more and better life than [I] ever dreamed of” (John 10:10 The Message).

When he wants to describe the kingdom of God and how to obtain it, Jesus uses parables – holy riddles – about the most common things: farmers and fields, women baking bread, merchants buying and selling things, fishermen sorting fish. When he wants to describe the “real and eternal life” we’re searching for, Jesus does not describe an exotic, distant place that we need a special map to find. He describes the ordinary people, places, and activities in our daily lives.

How would he describe it today? It’s like finding the technology stock you bought in the 1980s for $50 and suddenly realizing you’re a millionaire. It is like the owner of DeBeers finding the perfect diamond and selling a billion dollar empire to have it. It is like the overworked executive, tired of the paperwork and competitive hassle, selling home and Lexus and finding happiness building houses for Habitat in Haiti. It is like the alcoholic waking up with a clear head, free to choose a new life. The real and eternal life Jesus describes is under your nose. The “X” that marks the spot on the treasure map is right under your feet.

In 1925, William Jennings Bryan was an associate prosecutor in the trial of school teacher John Scopes. Scopes had taught the theory of evolution in defiance of a state law prohibiting such teaching. The defense attorney was Clarence Darrow. Bryan won what became known as “The Monkey Trial,” and Scopes was fined $100. But Darrow’s merciless cross-examination humiliated Bryan and dealt a fierce blow to fundamental­ism. Some say the trial broke the heart of William Jennings Bryan, and when he died several days after the trial ended, Darrow said of him, “A giant once lived in that body. But the man got lost, lost because he was looking for God too high up and too far away.”

For a long time I looked for the kingdom of God where many others do, “too high up and too far away.” I remembered it in a golden past, the perfect way life used to be in the church of the Apostolic age or in the original garden of paradise. Or I envisioned it in the perfect way life will one day be, in “the new Jerusalem, coming down out of heaven from God,” where “mourning and crying and pain will be no more” (Rev. 21:2, 4).

Whenever Jesus uses the term “kingdom of God,” you can substitute the phrase “more and better life than you ever dreamed of,” and you’ll understand what it means. And when Jesus begins his public ministry by saying, “the kingdom of God has come near” (Mark 1:15), trust him to mean it. The more and better life than you ever dreamed of, idealized in the garden of Eden and the new Jerusalem, is spread out upon the earth, right under our noses, right under our feet. We don’t have to search high and low, far and wide; we have only to wake up and open our eyes.

Anthony De Mello told a story about some people who were on a raft off the coast of Brazil, perishing from thirst. What they didn’t know was that the water they floated on was fresh water. A nearby river was flowing into the sea with such force that it went out for a couple of miles, so they had fresh water right there where they were. But they had no idea. In the same way, we’re surrounded with joy, happiness, love, with all the stuff of real and eternal life, the more and better life than we ever dreamed of, but most of us have no idea.

“Be at peace with your own soul,” Isaac the Syrian wrote in the seventh century, “then heaven and earth will be at peace with you. Enter eagerly into the treasure house that is within you, and you will see the things that are in heaven; for there is but one single entry to them both. The ladder that leads to the kingdom is hidden within your soul. Dive into yourself, and in your soul you will discover the stairs by which to ascend.”

← The cicadas
All ate and were filled →