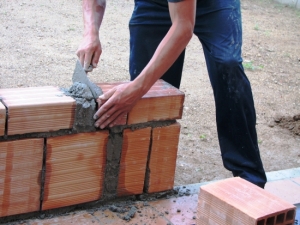 Can Buffalo ever come back? That was the question posed by The New York Sun seven years ago. It’s a question a lot of people are asking today about The United Methodist Church, at least in Europe and North America. The answer for Buffalo, it appears, is turning out to be “yes.” In the case of the church, the jury seems to still be out.

At the start of the Great Depression, Buffalo was the thirteenth-largest city in the U.S., with 573,000 residents. By 2007 it had lost more than half its population and was counted among the twenty most quickly deteriorating regions nationwide. Since the 1950s, the federal government has spent billions upon billions of dollars trying to revitalize Buffalo and other failing cities, with little apparent effect.

Now things seem to be changing. Major downtown sites – like the Statler, the Graystone, the medical campus, and the waterfront – are being given new life. Cranes are rising, steel is going up, and the mood of the city is going up, too. Robert Shibley, dean of the U.B. School of Architecture and Planning and one of the region’s preeminent urban thinkers, said last autumn that the prospect of Buffalo’s renaissance is better than he’s ever seen it in his thirty years here.

A number of people are wondering if The United Methodist Church can ever come back. Mark Tooley, president of the Institute on Religion & Democracy and a United Methodist, is doubtful. “Methodism in the U.S. has lost membership every year since 1964,” he said. “It has lost over 4.5 million members. There is nothing in its U.S. policies that can or will reverse the decline in the near future.”

Tooley pointed out that “African [United Methodist] churches now have over 4.2 million members and have been growing at over 200,000 members a year. They have the same evangelistic spark that made Methodism America’s biggest and fastest growing church in nineteenth-century America.” And he predicted, “I think there will be a turnaround when the African influence begins to reshape the now-U.S.-based seminaries and church agencies.”

Seminaries and church agencies, I believe, do bear a lot of responsibility for Methodism’s decline, but not all the responsibility. While shaping our denomination and its future, they also reflect cultural changes that have occurred at the congregation level. So as we focus attention on our seminaries and church agencies, we also need to give a generous amount of attention to ourselves in a rigorous self-examination.

Our decline is partly a result of what’s happening in the general population. Recent research shows a nearly exact correlation between the decline in the number of Methodists and the decline in the American middle class. In Africa and other parts of the world where the middle class is growing, so is the number of Methodists. The decline of the middle class alone doesn’t produce the decline of the church, of course, but it may be a symptom of our growing comfort with the status quo and the loss of what Tooley called the “evangelistic spark” that once gave us our vitality.

So, can The United Methodist Church ever come back? While Tooley may be pessimistic about that, others are hopeful. But if the turnaround is going to happen, I believe, it’s going to take more than a new program or a change in personnel and policies at the top. It’s going to take a radical reformation of thinking and practice at the grassroots level, the kind of disciplined reformation that launched the Methodist movement in the eighteenth century. And a key foundation stone of that reformation, I believe, is found in the assumption St. Paul makes when he asks the Corinthians, “Do you not know that you are God’s temple and that God’s Spirit dwells in you” (1 Cor. 3:16)?

A few chapters later, Paul refers to each person’s body as a temple of the Holy Spirit (1 Cor. 6:19). But in this earlier passage, every time he writes about “you” being God’s temple, the word he uses for “you” is plural. You the whole church, all of you together, are God’s temple.

Not members of the general or annual conference only; not the pastor and church staff and lay leaders and church council only; but every member is an essential part of the temple in which the Spirit of God dwells. That’s why it’s so vital to build authentic community among every member of the congregation and between our congregation and every other member and congregation of the body of Christ throughout the world.

We can all have individual, personal experiences of God. But while God is always personal, God is never private. In a culture where individualism has been enshrined as nearly supreme; where members struggle to fit worship into a week full of other demands like homework and housework, sports and recreation, jobs and family time; where church has become a commodity to be marketed to consumers who shop around until they find what best suits their personal taste: where this happens, church becomes merely another civic organization, the cracks in its temple walls allow the Spirit of God to bleed out, and it loses its vitality and ceases to be the body of Christ.

If The United Methodist Church is ever going to reverse its decline and recover its vitality and evangelistic spark, it’s not going to be because we’ve developed another program or had a change of leadership or policy at the top. It’s going to be because we have rediscovered and reclaimed our intimate, inseparable, face-to-face relationship with our sister and brother Christians here in the congregation.

Here in our congregation we have a lively, effective Habitat for Humanity group who are the “hands and feet” of God’s love and grace in the world. They are playing their part to fulfill Habitat’s mission to bring people together to build homes, communities, and hope. Can we recognize ourselves, each one of us, as members of a Habitat for Divinity group, to rebuild the mystical temple of God’s Spirit in this place? And what part will you play personally in that ministry?

← The choice
The hinge of choice →