The spice of life 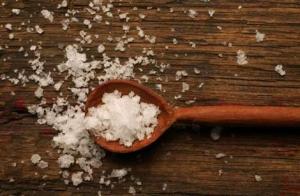 When I take even a cursory look at what’s in the seas and on earth and in the cosmos above, I think: Not only does God create everything; God is likely to create anything. Anything can happen in creation, and does, in more variety than we can comprehend. We look around and see what Annie Dillard described as “the extravagant landscape of the world, given, given with pizzazz, given in good measure, pressed down, shaken together, and running over” [Pilgrim at Tinker Creek (New York: Harper’s Magazine Press, 1974), 146].

Why would anyone want to limit such divine variety? Every time we do, we risk serious trouble. In the 1940s, for example, the pesticide DDT seemed a good way to limit insect pests, increase crop and livestock production, and combat malaria, typhus, and other insect-borne diseases. Then we discovered it was causing cancer and threatening to destabilize the entire ecosystem.

Now we know that a naturally managed environment may not produce as much of what we want in the short term, but it nurtures greater diversity of life in the long term and results in a healthier, more robust, more sustainable ecosystem.

If that’s true in the natural world, might it also be true in our social and spiritual worlds? It may not happen like it did with DDT, but it happens. We get too big for our britches and try to reshape creation according to our plan and prejudices. It’s our human tendency to see our own group, our own class or nation or faith, as normative and to see others as abnormal and in need of correction.

For example, consider the church’s historic indictment of one minority group among us, which goes something like this: “The lifestyle you’ve chosen is an abomination to God. Though you say you’ve been that way since you were a child, the scriptures clearly say your choice is sinful. You must renounce this evil behavior.” The indictment goes back as far as the Middle Ages, and the “behavior” was being left handed. Some of you recall the psychological damage done to a childhood friend by parents and teachers who tried to limit natural diversity by forcing left-handed children to favor their right hand. Imagine what we’re doing to our LGBT brothers and sisters when we try to do the same thing to them today.

Limiting the variety of life’s expressions may occasionally be appropriate, when some expression seems clearly harmful to fullness of life. Most of the time, however, when we restrict variety in our social and spiritual life, I believe we diminish life itself and restrict our appreciation of the God who creates it. That’s why I don’t believe, as some do, that a person must be Christian in order to be “saved.” A person is Christian in order to improve the flavor of all the rest of a diverse world – in other words, to be the spice of life wherever we are.

When Jesus told his followers, “You are the salt of the earth” (Matt. 5:13a), he referred to a part of Jewish law requiring that salt be added to the grain offerings people presented to God, so the whole offering would be pleasing to God (Lev. 2:13). The law did not hold that salt was the only offering acceptable to God; it said that salt must be present in the rest of the grain to make all of it acceptable to God.

It’s not Christians only who are pleasing and acceptable to God. The good news is, God has embraced everyone in one great, inclusive realm on earth. St. Paul wrote, “in Christ God was reconciling the world” (2 Cor. 5:19a), both Jews and non-Jews, slave and free, male and female – everyone, regardless of their faith practice or personal purity – into a single spiritual family in which everyone is a brother or sister of everyone else (Eph. 2:13-16). That’s the message of universal reconciliation which God has entrusted to us (2 Cor. 5:19c).

Sometimes it seems in his Sermon on the Mount Jesus sets the bar impossibly high. After all, here he talks about not resisting evildoers, loving our enemies, and being perfect as God is perfect (Matt. 5:39, 44, 48). Those demands need a lot of understanding. But when he calls us the salt of the earth, he isn’t talking about something we do; he’s talking about something we are, some innate quality we bring to the whole of life because of who we are.

I don’t have to convert others to my belief system or faith tradition. I have only to respect them for who they are, honor the God-given variety they bring to this life, and celebrate the contribution their honest variety makes to our life together – and invite others to that same mutual respect. When I look that way at any stranger I meet on the street, life seems a little more savory, and the world seems a little more together in a way that I think must be mighty pleasing to God.