On rebuilding the church, part 2 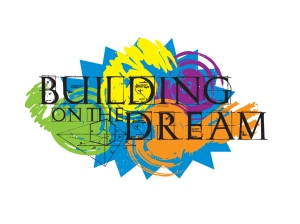 In my last ruminations I spoke about the need to rebuild the church, not the building that houses the church in this place, but the church, the community of people who have taken sacred vows to live faithfully in response to God in the spirit of the risen Christ.

No one can seriously doubt that such rebuilding is necessary, even urgent. In the first five years of the new millennium, from 2000 to 2005, United Methodist congregations in the Northeast lost forty percent of our members, and we are dying at a rate more than a third faster than the general population. As measured by membership and influence, the United Methodist Church has been in decline for the last forty years, and if the current rate of decline continues, according to one estimate, within fifty years the denomination in the U.S. will cease to exist.

It’s understandable that we might be discouraged. New program after new program has been rolled out over the years – remember the silver-bullet Quest for Quality in the 1980s? – and still the decline continues. We certainly see it in our own congregation. Yet even in discouragement, a word of hope can be heard.

Last week we heard the hope and encouragement Haggai offered to Israel when they became discouraged and the rebuilding of the temple stalled. “Take courage, everybody,” God said; “work, for I am with you. The latter splendor of this house shall be greater than the former, and in this place I will give prosperity” (Hag. 2:4, 9). I have no doubt that such a word of hope is meant for us, also.

It’s not for lack of new ideas that we continue to decline. Innovative ideas are always bubbling to the surface; they just don’t gain lasting traction. It seems to me something else is needed, some things we’ve had available to us all along. They’ve been with us since the beginning of the church; they’re as familiar to us in our tradition as the faces around us; they’ve simply grown out of fashion and been forgotten.

When Luke was describing the energetic, explosive growth of the early church, just after an occasion when 3,000 members were added in a single day, he added a simple five-point plan for church growth and vitality that’s as good today, I believe, as it was then. “They devoted themselves,” he wrote, “to the apostles’ teaching and fellowship, to the breaking of bread and the prayers” (Acts 2:42). Then he wrote of their self-sacrificing commitment to ministry with the poor as “they would sell their possessions and goods and distribute the proceeds to all, as any had need” (v. 45). That’s it: apostolic teaching, fellowship, breaking bread together, prayer, and self-sacrificing ministry with the poor.

Faced with the generation-long decline in denominational membership and influence, a decline that is mirrored in our experience, the best plan I or anyone can offer, I believe, is the oldest. As the vitality of the church has waxed and waned through the centuries, it has proven to be a plan that works. History is in it; our tradition is in it; God is in it; the only thing it lacks is the commitment of a significant core of people who will dedicate themselves to putting it into play. Here’s all we need to do.

We need to commit ourselves to serious, regular Bible study. Set aside twenty minutes each day for diligently searching the scriptures and attending to how they resonate with your soul. And commit to meeting every week or two – no less frequently – in a group of eight to twelve people to study the Bible together.

We need to spend time in fellowship with each other, to share our whole lives, not simply the part that shows on Sunday morning. We need to work together, play together, laugh and cry together. And especially we need to include in our fellowship people with whom we are uncomfortable, people unlike us, so we can taste the holy diversity of God’s human family.

We need to break bread together. In the early church there was no distinction between community dinners and the Eucharist. Their regular shared suppers were sacramental. We need to reclaim the early church practice and the Methodist tradition of sacramental gatherings at the Lord’s Table every week.

We need to renew our practice of individual and corporate prayer. That will take more than simply offering words from memory or a prayer book. It will require tuning the ears of our hearts, individually and in small groups, to the stirring of God’s Spirit, so that our souls gain resonance with the eternal music of the spheres and our lives become full expressions of the Divine.

And we need to be dedicate ourselves again not merely to offerings for mission but to self-sacrificing personal involvement that substantially improves the lives of the poor, the hungry, the homeless, the sick, the imprisoned, the lonely, the sojourner, and the marginalized in our society.

Today we don’t require any more detail than that. If we will consecrate ourselves and our gifts to those five things – if we will decrease our investment in treasures on earth that are passing away and increase our investment in treasures in heaven that endure for eternal life – then the latter splendor of this house will, indeed, be greater than the former, and in this place God will give prosperity.

← On rebuilding the church
The death of Thanksgiving →